When director Sandeep Reddy was questioned about the scene in his film where the character Kabir Singh slaps Preeti, this was his response. He went on to add how ‘physical demonstration’ is symptomatic of being vested in a relationship; that women who found this portrayal offensive and haven’t experienced this ‘kind of love’ have probably never loved.

Sandeep Reddy Vanga’s words might seem jarring, but put them within the Indian patriarchal concept, and you would find a lot of people eschew the same opinion. It is partially because we believe, and are constantly taught, about the superiority of men. Within that frame, comes in the space to make errors more freely, which we label as ‘flawed character’. The reason why Bollywood so often turns to tried and tested trope of bad boy turns good for ‘the girl’. We are made to hopelessly believe in the rectifying power of love, and I don’t entirely counter that. I do believe affection and communication can help people change. My problem with the narrative that Kabir Singh presents is not that it is a misogynistic abusive relationship sold as a story of jilted lovers; it is that the director believes the character is right in doing so. 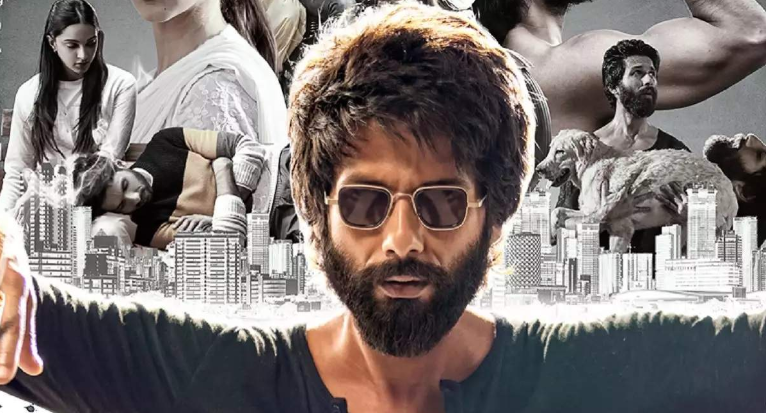 When the interviewer asked Sandeep why Preeti didn’t do anything when Kabir kissed her, he said that she could’ve “slapped him” but she didn’t because that was her way of giving “consent”, as evidenced by her silence. Silence may not translate as consent. To interpret it so is unfair. I will not victimize Preeti; this was not her story. But Kabir Singh is a textbook example of an abuser – he treats people around him like they mean nothing. His hypermasculinity is romanticized; he is a great guy stuck in an unfortunate love story and he ensures that he subdues his girlfriend; he forces Preeti to befriend a plump girl because “healthy chicks are loyal; they gel well with pretty chicks.” He has been given some redeeming qualities – great surgeon, apparently liberal, fights for his love and the likes. But they seem forced, as if purposefully added to will the audience into submission, and lull us into a false sense of resonance with the character.

Indian Cinema has always paid big bucks to see the rise and meteoric fall of the protagonist – the two Devdas movies and even Dev-D caught their fair share of eyeballs. There is something weirdly cathartic about self-destructive men drowning their sorrows in liquor, riding high on the back of unbridled vices of life. Bollywood has birthed and born flawed characters; as an audience, we are mature enough to differentiate between a work of fiction and reality. We are capable of deciding what is right and wrong for us.What is deplorable in Reddy’s statement is the endorsement of abusive behavior, peddled in the package of ‘flawed character’, who needs to be understood. On the occasion of Kabir Singh crossing Rs 200 crore at the domestic box office, Shahid put up a post on Instagram, “He is flawed. So are we all. You didn’t judge him you experienced him. You understood him. I have never ever felt so thankful.” Shahid may have excelled as Kabir, but troubled individual behavior doesn’t just need understanding, it needs condemnation in as unequivocal a voice.

What’s probably more saddening than the audience applauding the movie is the fact that this story actually has a happy ending. It only points to the existing social structures and beliefs, and often cinematic representations, that don’t just normalize such abusive relationships, they rationalize them, by covering the bruises with the ointment of ‘true love’ that knows no physical boundaries.